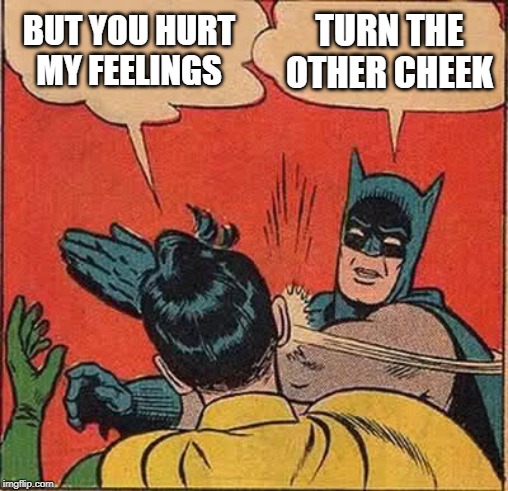 NOTE: I started writing this post back in May. I was too frustrated to think clearly or come up with a solution. Now that the problem has been resolved, I can provide the insight of hindsight.

When someone wrongs you, how do you resolve the situation peacefully without poisoning yourself with anger or thoughts of revenge?

Anger has always been a problem for me.

I fear conflict. I’m the girl who can’t speak up when someone has done me wrong, disrespected my boundaries, or otherwise put me in the position of the victim. Instead of speaking up, I swallow my anger and turn the other cheek.

This area for growth seems to have a spotlight on it these days because sometimes, the person I need to speak up for is my child, not me.

My husband and I have a bit of a problem. We have marijuana and cigarette smoke coming through the baseboards, light fixtures, electrical outlets, under the sink, behind the dishwasher, and through the pipes since Thanksgiving of last year (Time of writing: May 2019).

Babies and toddlers should not be exposed to smoke of any kind. It’s a health hazard.

Our landlord has exerted a minimal effort of sealing holes, and posting threatening notices they can’t and won’t follow-up on to deal with this problem. Long story short: they know who it is, but they continue to accept the offender’s excuse of “we burn incense.”

The police have been called, reports have been made, doctor’s notes have been written. Our request to break the lease without penalty has been denied. At this point, it costs exactly the same to break the lease as it would to live it out. And if we break it, we can only leave 1.5 months before our lease ends.

So last night when our neighbors started smoking the ganja again, I. Lost. My. Cool.

I had to do push-ups to release some of the energy. I even started writing a review of the neighborhood- as revenge of sorts to prevent them from signing new leases with innocent families like mine. And it got me thinking, what is the right way to deal with conflict?

As a kid, I was never taught to stand-up for myself. In the fifth grade, a girl slapped me in the face for no reason, and I literally did nothing. Not even tell the teacher or my mom.

Whenever someone wronged me, I never had the courage to say, “No, this is not okay,” and then move away from them. I just took the hurt, suffered angrily to myself, and self-medicated with Pizza Hut and Breyers Mint Chocolate Chip.

I was taught to focus on TRUTH, not on the conflict. At the end of the day, that left me with an anger problem.  I wasn’t spiritually developed enough to recognize the TRUTH –the true governor of the universe- (as is often described in New Age Christianity, for example, A Course in Miracles.)

A shift in my perspective has been impossible for many, very important issues. If I cannot reframe, or shift my perspective, what am I supposed to do?

Am I supposed to turn the other cheek? Lay down for abuse from others?

Am I supposed to defend myself, but never take an offensive stand?

Or am I supposed to fight back? And take decisive action against my oppressors?

Holding onto anger is not the slow-paced way. It’s not healthy, and it physically hurts after a while.

I almost always advocate for walking away whenever you can because often, you can’t change other people. But what about the situation I’m in now. I can’t walk away.

Fast forward to the future:

My husband and I decided to take every possible step to leave that place. We channeled our frustration into action.

We set the intention of leaving.

We supported each other: My husband came up with a (second) very well-worded and emotionally compelling email we sent to the corporate office.

We kept a detailed written record of the marijuana (and other) incidents in our neighborhood and sent it to the corporate office.

We got our daughter drug tested. (Came back negative, thank God.)

We reached out to a free lawyer service for advice. And even though the advice from the lawyer seemed to indicate that we couldn’t break our lease, we pushed forward.

And FINALLY, we listened to our intuition (inner voice, God, the universe–whatever you want to call it).

Calling the police in the middle of the night to report the smoking. And as a Momma with a toddler under two, sleep was in short supply.

One day in the midst of all this, there was something small that needed a repair and I wanted to mention the expanding crack in the ceiling. The LAST thing I wanted to do was call the office and risk having to talk to the Property Manager who hadn’t solved our problem.

I knew if I called, she would answer.  I knew I had to do it at that moment. I didn’t want to, but I called.

Do you know what she said? “I’ve been meaning to call you.” She offered to let us break the lease without penalty and leave in 30 days.

Less than a week later, my husband accepted an offer for a job in another state.

Never in a million years would I have ever thought this could work out. If I had done nothing more, we might still be responsible for that lease TODAY.

We never yelled or cussed out any of the office staff. We were cordial and professional. We both used our strengths to our advantage. I took action when I was fearful. I persisted, deliberately, intentionally. I listened to my intuition. And we were able to get out.

My advice: Do what you can do. Listen to your intuition. Set the intention for what you want, and be willing to take the steps to make it happen.