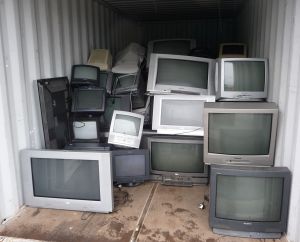 I got rid of cable television a more than a year ago when I realized it was wasting all of my time.  Now I’ve become a Hulu/Netflix/YouTube junkie and am trying to kick that habit.  But today I’d like to open your eyes as to reasons why you need to cancel cable television.

#1: Most of what you watch on TV is probably mindless crap because you are bored. Chances are you are watching reruns of SpongeBob SquarePants, the 4, 5 and 6 o’clock news, maybe the Simpsons and Family Guy while you eat dinner, and then some late night funnies on Comedy Central. Your weekends might be filled with reality television garbage on E! and MTV, and reruns on Cartoon Network.  I can’t say I’m not guilty of doing this.  I’m feloniously so.  You wouldn’t actually buy half this crap on DVD would you? Then why are you paying for it on TV?

#2: Television these days just has too many freaking commercials, more than ever before.  Unless you are watching premium channel programming, like HBO or Starz, an hour long program is going to cost to cost you 18-22 minutes of commercials.  That is a loooonnnng time.   That is nearly the length of a sitcom. I remember being a kid and there were only 4 commercial breaks during an hour long television show.  They occurred at the top of the hour, quarter after, half past the hour, and a quarter till.  You got 12 straight minutes of entertainment and limited commercial breaks. These days you have to sit through 6-7 commercial breaks during that same show. Realize this: You are paying to be advertised to. Advertising costs you money in other ways. Please don’t get me started on advertisements.

#3: Television is a time suck. You pause briefly on TBS to see what part of a movie is on, and suddenly 7 hours have passed and you’ve watched 2 and a half movies. Need I say more?

#4: It is cheaper to buy (or rent) movies and television series on DVD. I think buying cable television through cable and satellite companies is one of the biggest ripoffs of all time.  Cable and satellite companies are middle men.  Middle men are a hustlers and conmen; you don’t know their motives completely.  Think about it: You buy services from them, they provide mediocre customer service, channels with too much advertising and forever rising rates. Let’s say you are a True Blood fanatic like me.  In order to watch True Blood episodes as they premiere I have to spend $100 or more per month on cable, for basic cable, HBO, DVR and on demand service so I can keep up. I cant just buy HBO, I have to buy a whole freaking package.  And because episodes are being premiered once weekly, I have to pay for service from June to the end of September to keep up with the show.  That’s at least 400 dollars.  Now if I just waited until the following June, and bought the entire season on DVD, I’d spend $40 and could watch the episodes at my leisure. But that requires patience.

In sum, television is:

My question to you, is how many of these types of programs do you truly enjoy?  If I had to guess, probably not more than two.  Really worth $1200 per year or more? What about the time you will never get back? It’s probably not worth it. So avoid watching hours and hours of garbage, hours of commercials, and spend your  time and money on the shows that truly mean something to you.  Forget the middle man.  Care about the news?  Digital antennas anyone? You pay for those once, and then never again. You should try to get your entertainment as cheaply or free as possible.