Everything in your life stands as a barrier to happiness: That high-powered corporate job, or blue-collar service job, your cell phone, your iPad, your money or lack thereof. Everything in our world, everything artificial, stands in the way of pure happiness. Everything you do has no purpose. You work to pay bills, to get stuff and keep stuff, and then what?

The purpose of life is to enjoy the universe.

To those of you who scream: YOLO whenever you do something stupid, that is, drink too much, smoke too much, party too much, do too many drugs, drive recklessly in the BMW you can barely afford, that is not enjoying the universe. None of those things matter.  You waste your time.  I ask my students all the time Why do you party? The best answer I ever get is to forget my problems. That is exactly right: people party to escape the world, the transient, ephemeral, superficial, artificiality of the world.  Well, what’s wrong with this world? We have all of this stuff to keep us company.

I used to believe my mom was wrong for not wanting to celebrate Christmas.  What was the point in being here if you weren’t going to enjoy the experiences in it? How could you forgo the unabashed grandeur of it all? Our consumerist culture truly is the way to happiness right? NO!  It is just a barrier to keep us from enjoying the universe.

I guess I’ve been watching too much anime or something.  I’ve been watching this one where this girl goes back in time from modern day to the feudal era.  (wow, I sound like a total geek right now, bear with me, I have a point).  Anyway, she is without all of these modern technologies, and enjoys sleeping under the stars. And in this one episode, she is forced back to modern times and is slowly forgetting her adventures in the past era.  And for some reason, the rote monotony of her modern life hit a chord with me.  All of this crap we do everyday has no point whatsoever. Toiling away with these trivialities makes us generally unhappy.

Now for all of you naysayers out there, I must point out: you may argue that it is how one perceives all of these trivialities is what determines whether one is happy or not. That may be true, but at least for me, I have to argue that I feel imprisoned sometimes by the monotony of everyday life.  I want to be outside, get fresh air, eat food I’ve grown myself. Living in an apartment (without a balcony no less) creates barriers and prevents me from connecting with the universe in the way I believe people should.

Every history class I ever took in school had me believing that the Native Americans were crazy. Don’t you remember learning that their religion was called animism: which, according to wikipedia, “is the worldview that natural physical entities—including animals, plants, and often even inanimate objects or phenomena—possess a spiritual essence.” Who in their right mind thinks that a tree has a spirit? We learned that Christianity was normal, and that the Native Americans were kooks. (Because one old white man who sees over every man, woman, child and every other living creature, and dictates their fates, answers their prayers, and judges what will happen to them in eternity, makes A LOT more sense).  I think they were (are) on to something.  The universe, in its natural state, anyway, is such a rich place.  We destroy all of its riches to create all of this artificial crap.

The reality is that in the last 500 years we have spent so much time closing ourselves off from the natural world that we are completely unaware of the natural essence of things. Have you ever stood before a great tree that made you silence your thoughts because its power was just so awesome. What about the thrashing waves of the ocean on a cool summer night?  How does being in the presence of powerful, natural elements have such an effect on you? How could inanimate objects contain so much power?

There are too many barriers keeping us from the universe and the world in its natural state.  We are unhappy because we are imprisoned by useless junk and we don’t take the time to just be with the world.  The earth can provide everything we need to survive and thrive. We just have to take the time to get to know it. 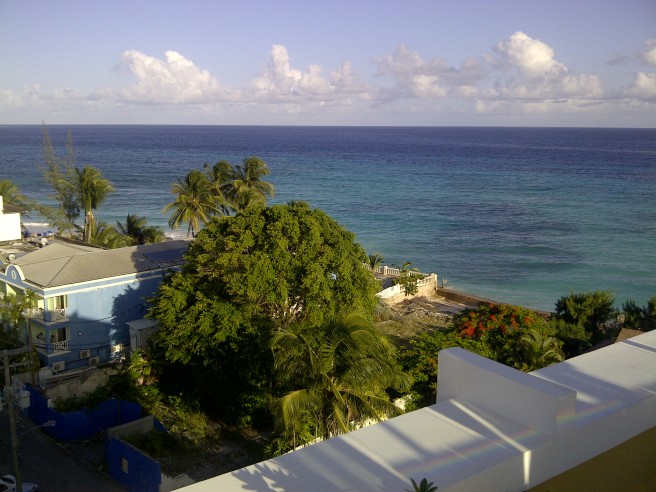